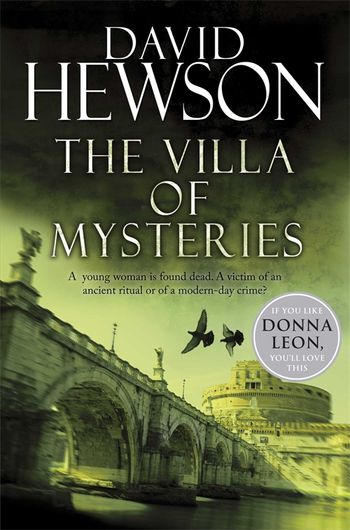 The Villa of Mysteries

The Villa of Mysteries is the second in the Nic Costa series, David Hewson's detective novels of love and death in Italy.

When a young woman turns up dead in a peat bog near the banks of the River Tiber, Teresa, a maverick pathologist, thinks she’s got the victim of an ancient Roman ritual on her hands. She’s wrong. Leo Falcone, the chief inspector, knows this case is recent history and the horror is still very much alive.

So begins an investigation that will take the police deep into the dark underworld of modern day Rome’s most disturbing and sinister secrets. Nic Costa is trying to stay off the drink. Gianni Peroni used to work vice until he was caught in one of his own department’s stings. Emilio Neri, the local mafia boss, can’t trust his own son and Vergil Wallis, the American mobster, is refusing to talk. Meanwhile, someone is trying very hard to kill the pathologist. And now another beautiful young woman has gone missing . . .