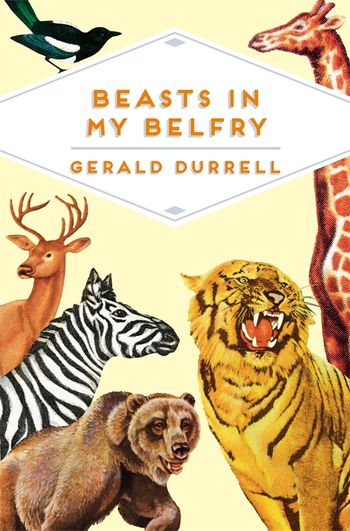 Beasts in My Belfry

Written with Gerald Durrell's usual sharp eye for observing humour in any situation, Beasts in my Belfry will delight fans both old and new.

At the age of two I made up my mind quite firmly and unequivocally that the only thing I wanted to do was study animals. Nothing else interested me.

Beasts in My Belfry is a charming account of Gerald Durrell's first job in 1945 as a student keeper at Whipsnade Zoo. Over a year, we encounter a typically absurd cast – including Albert the lion, who's a dab hand at ventriloquism, and Teddy the brown bear, with whom the young Durrell sings duets. With notebook and pen in hand, the eager young Durrell observes his co-workers and animal charges alike. Whether getting dirty mucking out the buffalo enclosure or attempting to cajole a jitter-bugging gnu into a transportation crate, life at the zoo is certainly never boring.

A hilarious record that no Durrell fan will want to miss

Durrell manages to convey not only that he loves animals, but that he enjoys life too - and wants you to enjoy it with him