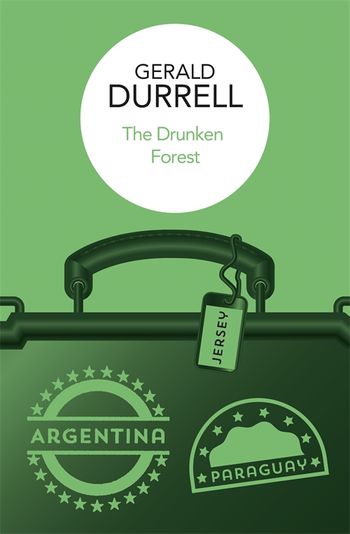 The Argentine pampas and the little-known Chaco territory of Paraguay provide the setting for The Drunken Forest. With Gerald Durrell for interpreter, an orange armadillo or a horned toad, or a crab-eating raccoon suddenly discovers the ability not merely to set you laughing but also to endear itself to you.

Gerald Durrell's adventurous spirit and his spontaneous gift for narrative and anecdote stand out in his accounts of expeditions in Africa and South America in search of rare animals. He divines the characters of these creatures with the same clear, humorous and unsentimental eyes with which he regards those chance human acquaintances whose conversation in remote places he often reproduces in all its devastating and garbled originality. To have maintained, for over fifteen years, such unfailing standards of entertainment can only be described as a triumph.