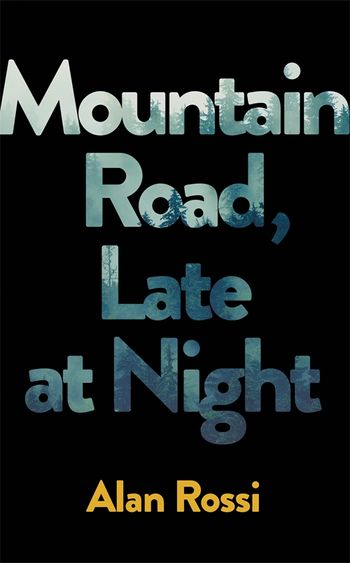 Nicholas and his wife April live in a remote cabin in the Blue Ridge Mountains with their four-year-old son, Jack. They keep their families at a distance, rejecting what their loved ones think of as 'normal'. In the early hours of a Wednesday morning, they are driving home from a party when their car crashes on a deserted road and they are killed.

As the couple's grieving relatives descend on the family home, they are forced to decide who will care for the child Nicholas and April left behind. Nicholas's brother, Nathaniel, and his wife Stephanie feel entirely unready to be parents but his mother and father have issues of their own. And April’s mother, Tammy, is driving across the country to claim her grandson.

Experiencing a few traumatic days in the minds of each family member, Alan Rossi's Mountain Road, Late at Night is a taut, nuanced and breathtaking look at what we do when everything goes wrong, and the frightening fact that life carries on, regardless. It is a gripping, affecting and extremely accomplished debut.

Mountain Road, Late at Night is a wondrous thing and deserves to win prizes . . . an extraordinary achievement . . . Rossi’s narrative burns off the page – I kept thinking of it as a stream of lights, of cat’s eyes, illuminating each new stretch of the road it travels, offering partial but transformative glimpses of what is to come impossible to forget

Nina Allan, author of The Dollmaker and The Rift

An enormously engaging novel. We don’t so much read it as live it with these troubled characters and the child, Jack, robbed of his parents by the shocking car crash on a lonely mountain road. This is a complex, deeply moving novel, given completely to the interrogation of its witnesses. An extraordinary debut for an extraordinary new talent

Frederick Barthelme, author of There Must Be Some Mistake

I was really moved by this extraordinary stream of consciousness accessing the deepest layers of four flawed people facing an unimaginably terrible situation. Compassionate and profound, this is the kind of novel that puts even difficult things into perspective