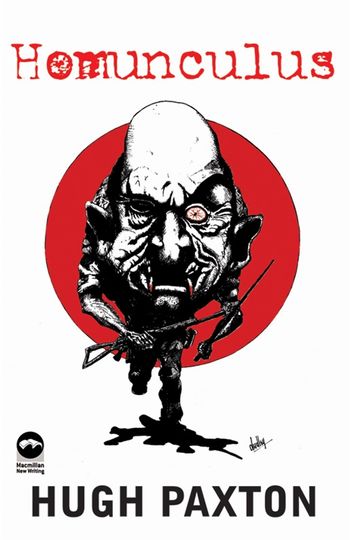 In a remote Catholic mission station in war-torn Sierra-Leone, renegade Irish alchemist, Father Jack, has succeeded where so many before him have failed. With a donation of the necessary body parts from Revolutionary United Front (RUF) rebel, General Butt Naked, he has constructed a small legion of grotesque bio-robots.

Anxious to be rid of his creations before problems arise, he tries to sell his Homunculi to the Japanese doomsday cult, Aum Shinrikyo. When this fails, Rindert, a disillusioned South African mercenary, takes over marketing.

The volatile political situation erupts as peace talks between political factions disintegrate and the RUF attempts to seize the capital while it is under environmental attack, suffering the most violent storms in the country’s history.

Against this turbulent background, a homunculus auction is arranged. With the capital, Freetown, in anarchy, Liberian radicals poised to invade and drug-crazed soldiers terrorising the countryside, a particularly unsavoury group of buyers is invited, with inevitably exciting results.