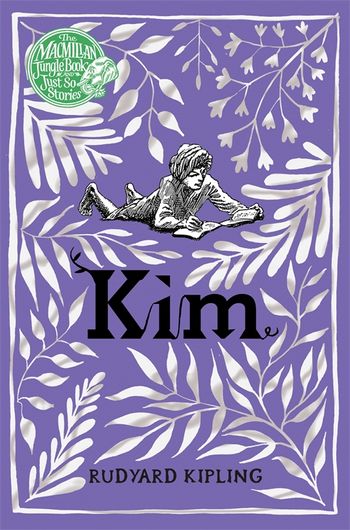 In a vividly drawn India of the late 19th century, orphan Kimball O'Hara is on the cusp of manhood. Living as a beggar, it isn't until Kim befriends an aged Tibetan Lama that his life transforms: the old man is on a quest to find the legendary River of the Arrow and achieve Enlightenment, and together they embark on an adventure through this impoverished, beautiful, chaotic nation in the grip of the Great Game, the conflict during which the British and Russian Empires raced to control Central Asia.

But when Kim becomes a pawn in the Game, he must face the most difficult choice of all: his companion or his country?

First published by Macmillan in 1901, Kim is one of the first and best espionage stories, an exciting and richly-told adventure classic from the author of The Jungle Book and Just So Stories.