The final hours of Charles I

On the anniversary of the execution of King Charles I, Linda Porter, author of Royal Renegades, describes how the doomed monarch spent his final hours. 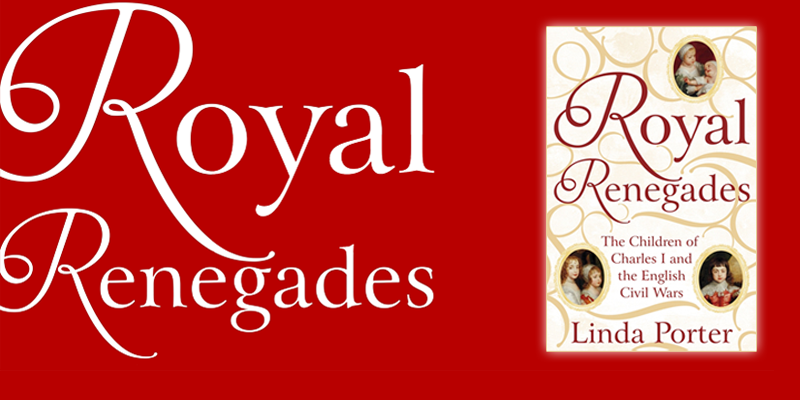 On 30th January 1649, King Charles I was escorted to the Banqueting House, Whitehall where he was executed on charges of high treason.

On the anniversary of his death, Linda Porter, author of Royal Renegades, describes how the doomed monarch spent his final hours.

The sentence of Charles I was passed on 27 January. The court appointed to try him found him ‘guilty of levying war against the Parliament and people . . . and that he hath been and is the occasioner, author and continuer of . . . unnatural, cruel and bloody wars, and therein guilty of high treason . . . for which the court doth adjudge that he, the said Charles Stuart, as a tyrant, traitor, murderer and public enemy to the good people of this nation, shall be put to death by the severing of his head from his body.'

These grim and inexorable words were, for Cromwell and the ﬁfty-eight others who signed the death warrant, the only just outcome of the trial. Charles I had repulsed all efforts to save his life. If he had hoped, up until the moment that the sentence was pronounced, that he could call their bluff, then he miscalculated. He demanded to speak but was removed from the hall, still protesting, back to St James's Palace, where he had been lodged during the trial. It was the childhood home of Princess Elizabeth and Prince Henry and it was there that they bade him farewell on 29 January.

It was a harrowing and deeply affecting parting. The king had requested that he be allowed to see his younger children before his execution. They were already aware of the sentence, presumably having been told by the earl of Northumberland, a consistent opponent of Charles I but not a supporter of the decision to put him to death. Conveying the news to them must have been the hardest task of Northumberland's time as their guardian. Elizabeth was distraught and her brother bewildered and concerned by his sister's distress.

Both seem to have been taken aback by their father's appearance when admitted to his presence. He had aged and an air of vulnerability hung around him that could not be entirely disguised by his own composure. This was in complete contrast to his daughter's discomﬁture. She began to weep uncontrollably and Henry also started to cry. Taking them both on his knees, Charles embraced them and tried to soothe them. He had important things to say that he wanted them to hear. These Elizabeth herself recorded, under the heading ‘What the king said to me, January 29, 1648–9, being the last time I had the happiness to see him'.

He told me he was glad I was come, and although he had not time to say much, yet somewhat he had to say to me, which he could not to another, or leave in writing, because he feared their cruelty was such, as that they could not have permitted him to write to me. He wished me not to grieve or torment myself for him, for that would be a glorious death that he should die – it being for the laws and liberties of this land, and for maintaining the true Protestant religion.

He bid me read Bishop Andrews's sermons, Hooker's Ecclesiastical Polity and Bishop Laud's book against Fisher, which would ground me against Popery. He told me he had forgiven all his enemies, and hoped God would forgive them also; and commanded us, and all the rest of my brothers and sisters, to forgive them. He bid me tell my mother that his thoughts never strayed from her, and that his love should be the same to the last. Withal, he commanded me and my brother to be obedient to her, and bid me send his blessing to the rest of my brothers and sisters, with commendation to all his friends. So, after he had given me his blessing, I took my leave.

Farther, he commanded us all to forgive those people, but never to trust them; for they had been most false to him and to those that gave them power, and he feared also for their own souls; and he desired me not to grieve for him, for he should die a martyr, and that he doubted not but the Lord would settle his throne upon his son, and that we should all be happier than we could have expected to have been if he had lived; with many other things, which at present I cannot remember.'
Desperate to record faithfully her father's injunctions but unable, because of emotion, to recall everything verbatim, Elizabeth's slightly disjointed account of their last meeting reveals the torment of the occasion. The king is said to have told her: ‘Sweetheart, you'll forget this,' but there was no likelihood of that. She replied she could not forget, as long as she lived.

Charles then turned his attention to the eight-year-old boy sitting on his knee. For little Henry, his message was direct and uncompromising. ‘Sweetheart,' he said, ‘now they will cut off thy father's head; mark, child, what I say.' By this time, the king certainly had his youngest son's complete, even fascinated, attention. ‘They will cut off my head, and perhaps make thee a king; but mark what I say, you must not be a king, so long as your brothers, Charles and James, do live; for they will cut off thy brothers' heads (when they can catch them), and cut off thy head too at last; and therefore I charge you do not be made a king by them.' To whichb the child, anguished but unshaken by this gruesome depiction of his family's and his own future, burst out: ‘I will be torn in pieces ﬁrst.' His reply ‘made the king rejoice exceedingly'.

But for Elizabeth, as the king divided his few remaining jewels between the two children, there was no solace. Charles took his leave of them and returned to his chamber, but the princess's wracking sobs brought him brieﬂy back out again. A last embrace and blessing, and he was gone. The children returned to Syon House and how they passed the day of their father's execution is not known.
The king spent his last hours in prayer with Bishop Juxon of London, who was permitted to attend him, and writing letters to his family. To the Prince of Wales he had already composed a lengthy homily, in which he clearly still hoped for a reprieve but accepted that death was the likelier outcome.

This last testament reveals the depth of his religious convictions and how central they were to his vision of the responsibilities of kingship. ‘The true glory of princes,' he wrote, ‘consists in advancing God's glory, in the maintenance of true religion and the Church's good; also in the dispensation of civil power, with justice and honour to the public peace.' If his son kept to the true principles of piety, virtue and honour, then ‘you shall never want a kingdom'.

Charles received his last letter from his eldest son from the hands of the stalwart royalist Henry Seymour, an experienced and successful courier of messages, on the evening of 28 January. He gave Seymour the ﬁnal messages to be conveyed to Prince Charles and to Henrietta Maria.

The occasion threatened to overwhelm the faithful Seymour, who was desolate to ﬁnd his sovereign so changed. His response was very similar to that of Princess Elizabeth and he was a grown man: ‘Mr Seymour, at his entrance, fell into a passion, having formerly seen His Majesty in a glorious state and now so dolorous; and having kissed the king's hand, clasped about his legs, lamentably mourning.'
On the bitterly cold afternoon of 30 January 1649, with snow threatening, the ﬁrst Charles Stuart stepped out of the Banqueting House, part of his Whitehall Palace, onto a balcony where a scaffold had been especially constructed.

Serene in his faith, he told Bishop Juxon that he was going from a corruptible to an incorruptible Crown, where there would be no more trouble. His small stature never detracted from a regal presence and his nobility of demeanour in those ﬁnal moments was impressive. The crowd who came to watch, kept back by a strong military presence, were too far away to hear him acknowledge his eternal regret at the part he had played in Strafford's fate, or utter the famous words which epitomized the creed by which he had lived and for which he was about to die. ‘A subject and a sovereign,' he told them, ‘are clean different things.' He died bravely, his head severed, mercifully, with one stroke of the axe.

There is a story that Oliver Cromwell visited the corpse as it lay in its cofﬁn at Whitehall and muttered the words ‘Cruel necessity' over the fallen king. The tale is not contemporary and did not gain currency until the eighteenth century but, even if apocryphal, it still contains a kind of truth. The king's opponents were as unswerving in their belief in God's justice and providence as Charles I had been. And they had proved the stronger during the Civil Wars.

For the children he left behind, scattered across three countries, their father's death was cruel indeed. In their grief, they would have agreed with the summation, made years afterwards, by Edward Hyde: ‘He was the worthiest gentleman, the best master, the best friend, the best husband, the best father and the best Christian that the age in which he lived had produced.'

Now his children, like the three kingdoms he had ruled, faced an uncertain future in which they, too, would be ‘clean different things'.