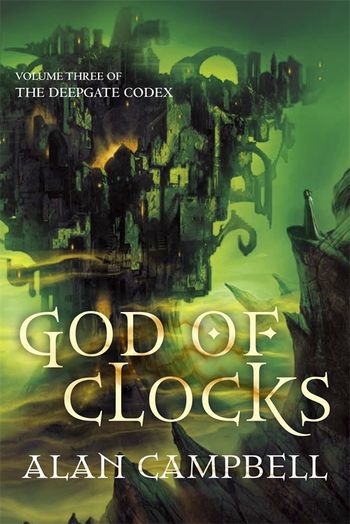 The gates to Hell have been opened, releasing unnatural creatures and threatening to turn the world into a killing field. In the middle, caught between warring gods and fallen angels, humanity finds itself pushed to the brink of extinction. Its only hope is the most unlikely of heroes . . .

Former assassin Rachel Hael has rejoined the blood-magician Mina Greene and her devious little dog Basilis on one last desperate mission to save the world from the grip of Hell. Carried in the jaw of a debased angel, they rush to the final defensive stronghold of the god of clocks – pursued all the while by the twelve arconites, the great iron-and-bone automatons controlled by King Menoa, the lord of the maze.

But the strange fortress of the god of clocks is unlike anything they could ever have expected. And now old enemies and new allies join in a battle whose outcome could end them all...