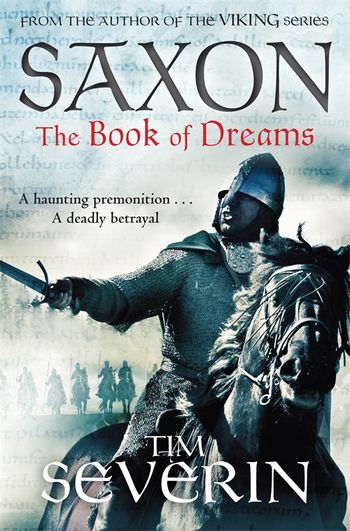 The Book of Dreams

The Book of Dreams by Tim Severin is the exciting first book in Saxon, the historical adventure series full of epic battles and captivating characters.

A haunting premonition . . . A deadly betrayal. Frankia 780AD: Sigwulf, a minor Saxon prince, is saved from execution after his family is slaughtered by the ruthless King Offa of Mercia. Sigwulf is exiled to the Frankish court of King Carolus, the future Charlemagne.

He gains the friendship of some – Count Hroudland, Carolus's powerful and ambitious nephew but – mysteriously – several attempts are made on Sigwulf’s life. When he obtains a Book of Dreams, a rare text giving understanding to their meaning, he attracts the attention of Carolus himself. But the Book proves to be a slippery guide in a world of treachery and double dealing. Sent into Spain to spy on the Saracens, Sigwulf becomes caught between loyalties; either he honours his debt to new friends among the Saracens, or he serves his patron Count Hroudland in his quest for glory, gold and even the Grail itself . . .