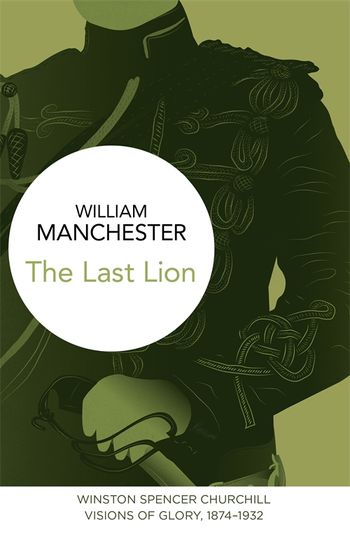 The Last Lion: Winston Spencer Churchill: Visions of Glory, 1874-1932 is the first volume in William Manchester's epic three volume The Last Lion - the best-selling and definitive biography of one of Britain's pre-eminent prime ministers.

When Winston Churchill was born in Blenheim Palace, Imperial Britain stood at the splendid pinnacle of her power. Yet within a few years, the Empire would hover on the brink of a catastrophic new era. This first volume of the best-selling biography of the adventurer, aristocrat, soldier, and statesman covers the first 58 years of the remarkable man whose courageous vision guided the destiny of those darkly troubled times and who looms today as one of the greatest figures of the twentieth century.

Mr Manchester's work has such control over a huge and moving narrative, such illumination of character, and such a steady acceptance of the contrariness of a remarkable man seen in the round, that he can claim the considerable achievement of having assembled enough powerful evidence to support Isaiah Berlin's judgment of Churchill as 'the largest human being of our time' . . . (Manchester's) mastery of his huge file of research enables him to introduce many new and startling things . . . he takes nothing for granted.

His subject leaves us dizzy with the breadth of his early exploits, be they escaping from a Boer prison in 1899 or inventing the army tank . . . Churchill himself, for whom modesty was a foreign word, would have appreciated Manchester's friendly tone - and his latest biographer's ambitiousness in tackling once again such a bedazzling subject.

Unlike previous Churchill biographies, The Last Lion is especially rich in historical and social contexts . . . This biography has its own momentum: the flow of power moving relentlessly toward confrontation and combat.