Truevine - the extraordinary story of the Muse brothers

Introducing Beth Macy's Truevine, the extraordinary true story of the kidnapping of the Muse brothers and their mother's twenty-eight year quest to bring her children home. 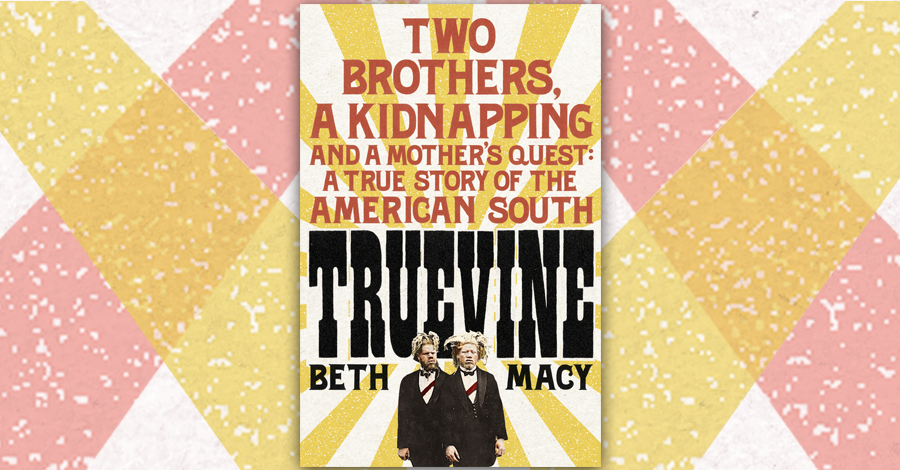 Your children are stolen.
And displayed as circus freaks.

You're poor, black and cannot read.
What do you do?
This is where Beth Macy's Truevine begins, what follows is one of the most extraordinary true stories ever told.

The year was 1899; the place a sweltering tobacco farm in Truevine, Virginia, the heart of the Jim Crow South, where everyone they knew was either a former slave, or a child or grandchild of slaves.

The Muse brothers, George and Willie, were just six and nine years old, but they worked the fields from dawn to dark. Until a white man offered them candy and stole them away to become circus freaks.

For the next twenty-eight years, their distraught mother struggled to get them back. But were they really kidnapped? And how did their mother, a barely literate black woman in the segregated South, manage to bring them home? And why, after coming home, would they want to go back to the circus?

At the height of their fame, the Muse brothers performed for royalty at Buckingham Palace and headlined over a dozen sold-out shows at New York's Madison Square Garden. They were global superstars in a pre-broadcast era. But the very root of their success was in the colour of their skin and in the outrageous caricatures they were forced to assume: supposed cannibals, sheep-headed freaks, even 'Ambassadors from Mars'.

The result of hundreds of interviews and decades of research, Truevine is an unforgettable story of cruelty and exploitation, but also of loyalty, determination and love.
With echoes of To Kill a Mockingbird, The Immortal Life of Henrietta Lacks and of Tod Browning's 1935 classic movie Freaks, Truevine tells - for the first time - the extraordinary story of what really happened to the Muse brothers.

The story seemed so crazy, many didn't believe it at first, black or white.

But for a century, it was whispered and handed down in the segregated black communities of Roanoke, the regional city hub about thirty miles from Truevine. Worried parents would tell their children to stick together when they left home to see a circus, festival, or fair.

The myth of the Muse kidnapping was so embedded in the local folklore that, long before he became a social science professor, Roanoke-born Reginald Shareef remembers thinking it was bunk when his mother said to him: “Be careful, or someone will snatch you up,” just as the Muse brothers had been.

But eventually an adult took him aside and told him that a circus promoter really had forced the brothers to become world-famous sideshow freaks, subjugating them for many years. And not only that, they had found their way back.

Truevine: A True Story of the American South will be published in the UK on 9th March 2017.

Find out more Buy the book

Love history? Sign up to our monthly email to be the first to hear about all the latest and best history books.