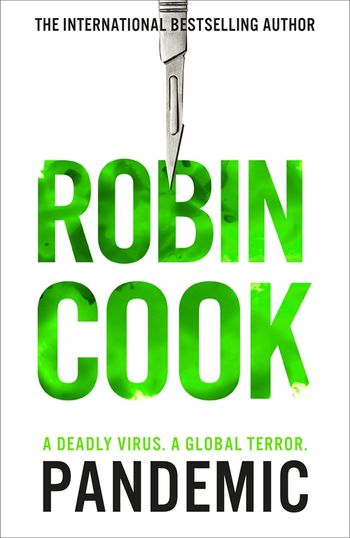 In New York City, an unidentified, healthy, well-dressed woman is struck down by a sudden respiratory illness on the subway as opportunist thieves snatch her phone and backpack. By the time she’s rushed to hospital, she’s dead. Ending up on forensic pathologist Dr. Jack Stapleton’s autopsy table as the potential victim of a contagion, reveals surprising findings.

Fearing what could be the first in a severe outbreak of a deadly virus similar to the 1918 influenza pandemic, Jack works in overdrive for a diagnosis and to identify the woman. As the inconclusive tests come back, Jack urges his wife, and chief medical examiner, Dr. Laurie Montgomery to sound the alarm at the mayor’s office, concerned that more cases may follow. Lacking conclusive proof, Laurie refuses, fearing it would trigger widespread panic.

When further cases do occur around the city, and then further afield in Los Angeles, London and Rome, Jack finds his own life in jeopardy as he enters a race against time to discover the link that connects all the victims before it’s too late . . .

Forensic pathologists and doctors-turned-detectives do battle against epidemics, lethal illness and drug-related deaths, the causes of which are far from natural . . . You’ll find yourself completely hooked

Likeable heroes, a compelling medical mystery and growing suspense – the result is a highly entertaining read. Commercial fiction, at its best, is pure entertainment. But Cook, like Michael Crichton, offers readers a smart dissection of contemporary issues that affect us all