Did the best woman win?

Joanna Courtney talks about how rivalry plays a key part in her trilogy, The Queens of Conquest. 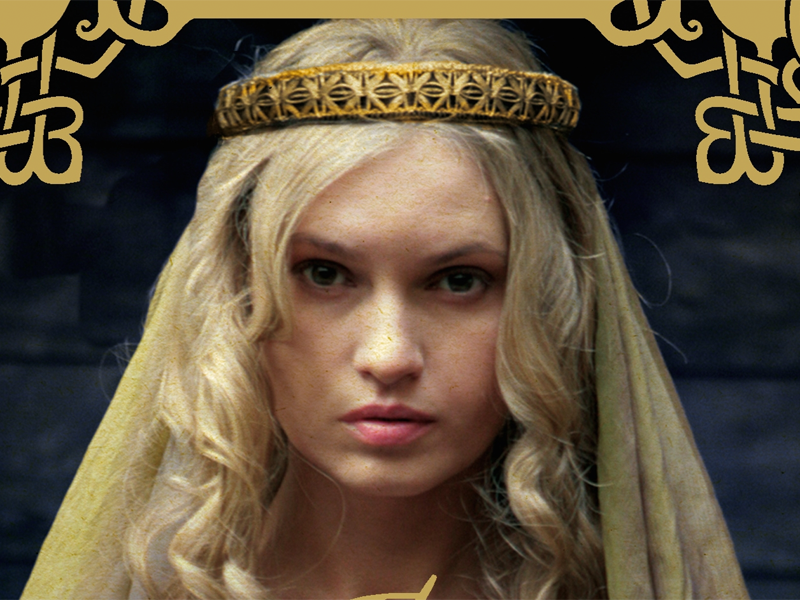 Rivalry – is there anything more deliciously, thrillingly, gossipy? Be it healthy competition between sports stars, candidates fighting for the same job, or friends scrapping over a man, there is something gripping about the stories of rivals. One of the fascinations of 1066 is what it would have been like ‘if one of the others had won’. How would England have stood down the ages if Harold of Wessex had held onto the crown for the English? Or if the fearsome Harald Hardrada had seized it for the Vikings? Did the best man win? And yet, there’s another question too, often overlooked – did the best woman win?

Women make compelling rivals. We all love to see Usain Bolt streak down the track but the line-up of female stars for the 100m is sharp and glamorous and the gritted-teeth hugs at the end create a wonderful frisson. We all, however illicitly, love to read about Angelina vs Jennifer, and the sharp presence of Deborah Meaden always spices up Dragon’s Den. Women with their claws out are exciting and I hope readers of The Queens of the Conquest can enjoy the rivalry of three enigmatic rulers, not Olympians or executives or film stars, but queens wielding real power both in England and across Europe.

Edyth, heroine of The Chosen Queen, was the only daughter of the powerful Earl of central England and became Queen of Wales at the age of 14. She reigned there for 9 years and gave birth to 3 heirs before losing her husband to the English and being returned to her homeland. Back there, still only 23, she was the only woman powerful enough to help Harold join North and South to make England strong enough to resist invaders. Edyth was carrying Harold’s son when he died on Hastings field and had history been the turn of a sword different, she could have been the mother of a line of Saxon kings stretching who knows how far.

Elizaveta, heroine of The Constant Queen (out April 2016), was a fiery and elegant Princess of Kievan Rus, a crucial power in central Europe. Born of royal Rus blood on her father’s side and Scandinavian on her mother’s, she was brought up to be a ruler. Having won the heart of Harald of Norway when he was exiled to her father’s court, she was at his side both when he reclaimed his own country and when he set sail to conquer England. A woman of drive and energy, she fuelled her husband’s ambitions and, with a network of sisters in all the royal courts of Europe, could have made England a highly cosmopolitan queen.

Finally Matilda, heroine of The Conqueror’s Queen (out in 2017), was the eldest daughter of the politically canny and influential Baldwin of Flanders and, with French royal blood flowing in her veins from her mother’s side, was also raised for a high place in the world. Although initially unwilling to marry Duke William because of his bastardy, she soon recognised in the young ruler a fierce and proud ambition to match her own. Together they set out to master Normandy and, eventually, to conquer England, the country they’d been promised by King Edward. As a great-great-great-great-granddaughter of Alfred the Great, Matilda gave William a vital pedigree in his claim to the throne, but as his wife, she also gave him culture, stability and credibility to make him the viable ruler he became. The victory in 1066 was not just his, but theirs.

These women were rivals, as Venus and Serena Williams are rivals, and they were battling every bit as hard as the men in 1066, if not with swords then with the traditional women’s weapons of words, influence and charm. They may not have known each other but they did know that their own success would necessarily be at the expense of the others and so it eventually proved.

By the end of 1066 there would be two exiled widows and one queen. Did the best woman win? You’ll have to read the trilogy to decide.