Spring is just around the corner, and for those of us who can't get away to enjoy the warmer weather, there's always a good book ready to transport you somewhere new. 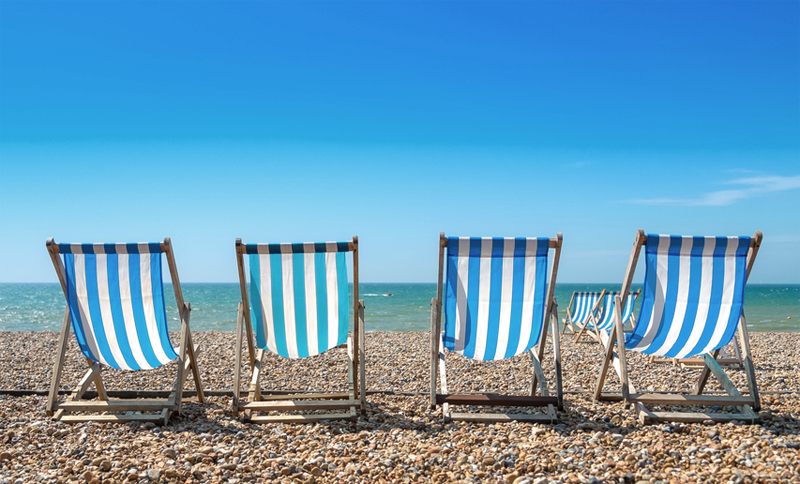 Spring is just around the corner, and for those of us who can't get away to enjoy the warmer weather, there's always a good book ready to transport you somewhere new.

Take a breather on the breezy Brighton seafront and relax with a story all about new beginnings.


The House of New Beginnings

Number 11, Dukes Square, looks just like the other houses on the Brighton seafront, but it's also a place of brand new beginnings.

For Georgie, Charlotte, and Rosa, it's as if a whole new chapter of their lives has begun when they find each other there.

If you want to escape your hectic life and lose yourself amongst the hustle and bustle, London is the perfect setting.

The day Stacey Grant loses her job feels like the last day of her life. Or at least, the only life she'd ever known.

At least she has The Girls to fall back on. But they all have personal problems of their own, and when Stacey's redundancy forces a betrayal to emerge that was supposed to remain secret, their long cherished friendships will be pushed to their limits…

Home to a whole lot more than just The Beatles, read about how life changes for three Scouse friends


The History of Us

Liverpool 1985
Kathleen, Adam and Jocelyn are three teenage friends who bond over an unconventional nativity play. They all have ambitions, Adam wants to be a writer, Jocelyn wants to sing and Kathleen - well, she wants to be an embalmer.

London 2015
Kathleen is a borderline alcoholic, Adam is holding on to a shocking secret and Jocelyn is dead. Where did it all go wrong? How did having the world at their feet turn into having the weight of it on their shoulders?

Let Mary Paulson-Ellis paint you a different picture of the Scottish capital with this inventive detective story.


The Other Mrs Walker

An old lady dies alone and unheeded in a cold Edinburgh flat on a snowy Christmas night. A faded emerald dress hangs in her wardrobe; a spilt glass of whisky pools on the floor.

A few days later a middle-aged woman arrives back in the city she thought she'd left behind. She soon finds herself a job at the Office for Lost People. But what Margaret Penny cannot yet know, is just how entangled her own life will become in the death of one lonely stranger.

Be travel back to 1930's Yorkshire, with James Herriot's classic tales from his time as a country vet


If Only They Could Talk

To young James Herriot, fresh out of veterinary college, Yorkshire appears to offer an idyllic pocket of rural life in a rapidly changing world. But even life in the sleepy village of Darrowby has its challenges: from his new colleagues, to herds of semi-feral cattle and gruff farmers with incomprehensible accents.

Take a walk around Bath's gorgeous Georgian architecture with a literary classic.

Broadly comedic and brilliantly postmodern in its lampooning of a genre, the Jane Austen classic Northanger Abbey tells the story of Catherine Morland, a naive young woman whose perceptions of the world around her are greatly influenced by the romantic gothic novels to which she is addicted.
When she moves to Bath she sees mystery and intrigue all around her, not least of all in Northanger Abbey itself, the home of General Tilney and his handsome son Henry, where Catherine suspects a sinister crime has occurred.

The death of Sylvia Kaye figured dramatically in Thursday afternoon's edition of the Oxford Mail. By Friday evening Inspector Morse had informed the nation that the police were looking for a dangerous man. But as the obvious leads fade into twilight and darkness, Morse becomes more and more convinced that passion holds the key.

Take an enchanting and mysterious trip to the Cornish coast with the number one bestselling author of The House at Riverton.

June 1933, and the Edevane family's country house, Loeanneth, is polished and gleaming, ready for the much-anticipated Midsummer Eve party. But by the time midnight strikes and fireworks light up the night skies, the Edevane family will have suffered a loss so great that they leave Loeanneth forever.

A mesmerizing voyage of self-discovery and love beginning in Beatrix Potter country.

Headstrong and independent Flora MacNichol vows she will never marry. She is happy and secure in her home in the Lake District, living close to her idol, Beatrix Potter, when machinations outside her control lead her to London, and the home of one of Edwardian society's most notorious players, Alice Keppel. Flora is pulled between passionate love and duty to her family, but finds herself a pawn in a game - the rules of which are only known to others.

Art, glamour, and family tragedy come together in this novel set amongst Paris' cobbled streets.

An apartment lies thick with dust and secrets: full of priceless artworks hidden away for decades.

High-flying fine art agent Flora from London is called in to assess these suddenly discovered treasures. As an expert in her field, she must trace the history of each painting and discover who has concealed them for so long. The terse and brooding Xavier Vermeil seems intent on forcing Flora out of his family's affairs - but just what is he hiding?

Susanna Weber's dress shop stands in the picturesque Madensky Square, a quiet little world of its own, nestled in the heart of glittering pre-war Vienna. As the winter of 1910 unfurls into spring, Susanna starts a journal about life in the Square, about the buildings and their colourful inhabitants.