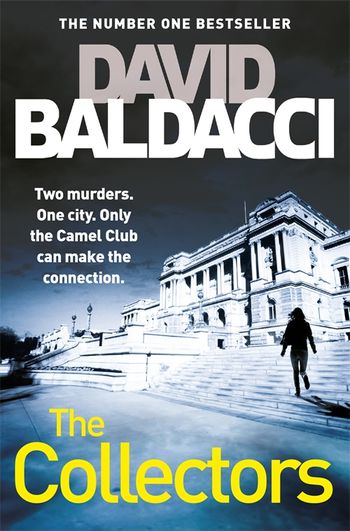 The Collectors by bestselling sensation David Baldacci is the exciting second instalment of a breathtaking series.

Oliver Stone – the leader of four highly skilled misfits who call themselves the Camel Club. Their mission – to hold America’s political elite to account.

Washington DC. The Speaker of the House of Representatives is assassinated in broad daylight. Then the head of the Rare Books Division at the Library of Congress is found dead amongst his cherished collection.

While chaos engulfs the city, only the Camel Club can make the connection that exists between the two murders.

Joining forces with a beautiful con artist, Stone and his team need all the help they can get as they enter a world of espionage that threatens to bring America to its knees . . .

The Collectors is followed by Stone Cold, Divine Justice and Hell's Corner.

The page-turner of the season

One of the world's biggest-selling thriller writers, Baldacci needs no introduction . . . Brilliant plotting, heart-grabbing action and characters to die for